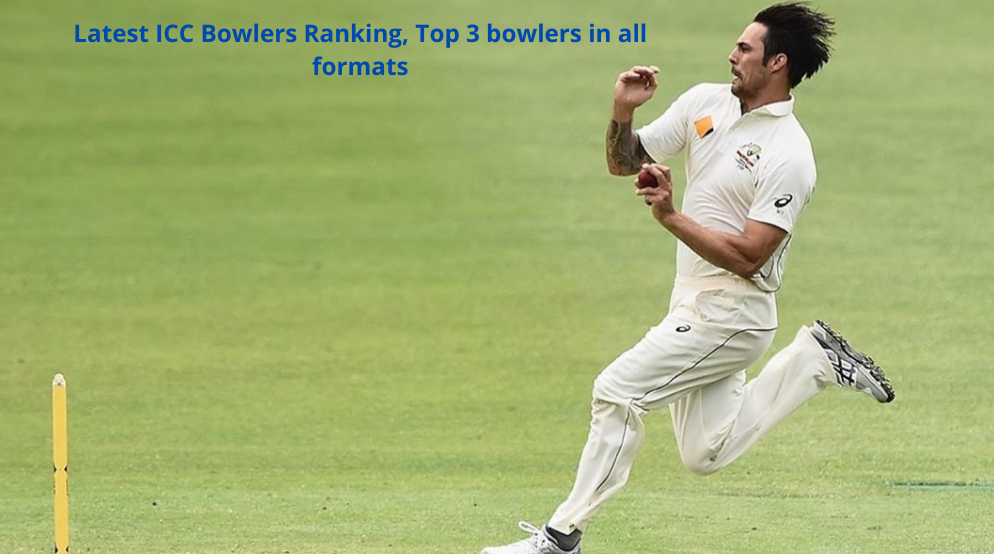 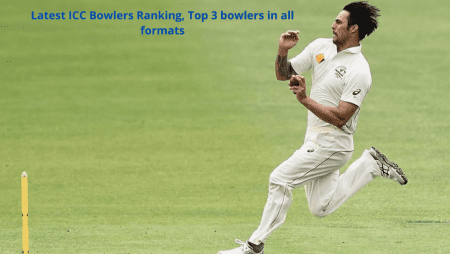 The international cricket council (ICC) uses a player’s performance to rank that player in all formats. If a player performs better than the previous year, then his/her ranking increases or vice versa. Many of you may be thinking about why ICC does that, and what is the benefit of ranking a player. The answer to this question is that many cricket fans want to know which player is currently performing well. ICC player ranking is a table where the performance of international cricketers is ranked using points base system. Players are rated on a scale of 0 to 1000 points.

The value of each player’s performance within a match is calculated using an algorithm, a series of calculations (all pre-programmed) based on various circumstances in the match. There is no human intervention in this calculation process, and no subjective assessment is made. There are slightly different factors for each of the different formats of the game. This ranking system also helps the selectors to include a player or not in the team for the upcoming series.

As per the ICC ODI players ranking 2022 Trent Boult of New Zealand is the top bowler among the bowlers of ODI. Jasprit Bumrah from India and Shaheen Afridi from Pakistan are in 2nd and 3rd place respectively. All of them have earned their place based on their recent performance. We saw Jusprit Bumrah’s performance against England where he got the best bowling figures of his ODI career. He took 6 wickets in the first ODI this summer.

With lots of experience in hand, it’s obvious for Boult and Bumrah to be top of the table, but Shaheen Afridi has surprised the whole world with his performance so far. He is continuously impressing selectors with his brilliant performance. No doubt he is young and very talented. No doubt he is a young and very talented player. We have seen what he could do with the ball in the 2021 T20 World Cup. He picked three important wickets including Virat Kohli’s one against India.

Tent Boult done the same thing against India in the 2019 ODI World Cup. He picked two crucial wickets including Virat Kohli’s one against India. Here is the list of the world’s top 3 bowlers in the ODI according to the ICC players rankings table 2022.

In T20, Josh Hazlewood of Australia is at the top of the T20 bowlers. Adil Rashid of England and Tabraiz Shamsi of South Africa are in 2nd and 3rd place respectively. Tabrez Shamsi has managed to make his place in the list of top 3 bowlers in the T20s by overtaking T20 specialist Rashid Khan. Josh Hazlewood no doubt is one of the best T20 bowler in the world. His recent performance against Sri Lanka was awesome. He picked up 4 wickets in 1st T20 against Sri Lanka and overall, 6 wickets in the three-match T20 series.

Adil Rashid no doubt is one of the best spin bowlers in the world. He always surprises batman with his variations. Currently, he is part of the South Africa tour of England. South Africa’s spin bowler Tabrazi Shamsi is continuously impressing selectors with his performance. He is part of the South African team and is currently on a tour of England. He picked 3 crucial wickets in the 2nd T20 against England including the wicket of in form Moeen Ali and destroyed England’s middle order.

Here is the list of the world’s top 3 bowlers of the T20 format according to the ICC players rankings table of T20.

The test is known as the toughest format of cricket as it tests a player’s patience. Maintaining fitness and performance in test format is a test itself and playing as a bowler in the test requires a very decent fitness level. Pat Cummins of Australia is at the top of Test bowlers. India’s Ravichandran Ashwin and Shaheen Afridi of Pakistan is in 2nd and 3rd place respectively.

We saw Pat Cummins become the most expensive overseas buy in IPL history when Kolkata Knight Riders bought him for Rs 15.5 crore in the 2020 auction. As a bowler, if you get such a huge amount then you should be proud of yourself. Ravichandran Ashwin is doing good in tests with the ball for India. He is no doubt a very decent spin bowler with variations. Many people consider him a bowler only, but he can bat as well when it’s needed. Despite being at number 2 in ICC test rankings, he wasn’t part of the India tour of England.

Shaheen Afridi again a package of talent managed to surpass experienced Bumrah to get his spot at number 3 in ICC test rankings. Jasprit Bumrah shifted to 4th place in the table now. Mark my words if he maintains his form, he could become the world’s best bowler in all three formats. This youngster has the potential to be the best and I can see his bright future ahead. Here is the list of the world’s top 3 test bowlers according to the ICC test players rankings table.