MOST WICKETS IN RANJI TROPHY 2022 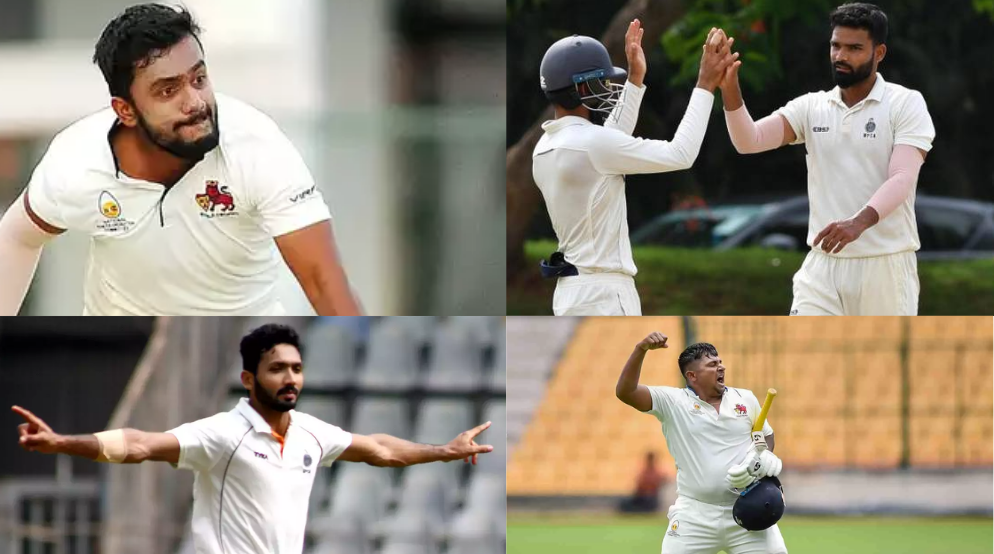 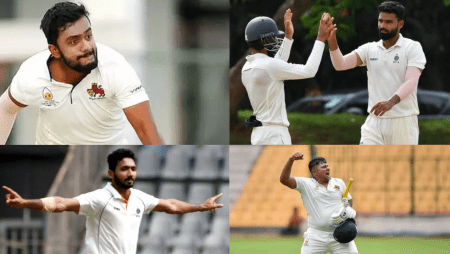 Have you thought about the most number of wickets taken in the Ranji trophy 2022? The game of cricket is the heartbeat of India. Nothing unites Indians more than a cricket match on the field. Have you ever wondered how cricket towered over all other sporting games to emerge as the most loved one among the Indians?

The history of cricket in India goes back to the 1700s and the first match was played in 1721. In the year 1848, the Oriental Cricket Club was formed by the Parsi community. This was the first cricket club formed by the Indians. Some exemplary players of the yesteryears were Ranjit Singh Ji and Duleep Singh Ji. Prestigious tournaments were named after them in the future namely, the Ranji Trophy and Duleep Trophy in remembrance of these stalwarts of cricket. These developments paved the way for cricket as a beloved sport in India.

The Indian team went on the first official tour of England in the year 1911.  They played with the country teams instead of the England team. Thereafter, India gained entry into the Imperial Cricket Council in 1926. In 1932, C K Naidu led the Indian team when it was recognized as the test playing team in England.  To bring our focus to the most wickets taken in the Ranji trophy 2022, let us glance at the brief history of this tournament.

The Ranji Trophy Tournament was first held in the year 1934-35 under the patronage of Sir Ranjitsinghji Vibhaji Jadeja, the Nawab of the princely state of Nawanagar, in the pre-independence era presently in Gujarat. He was also a fine batsman who played test cricket on behalf of England between 1896 and 1902. The first Ranji match was held in Bombay.

This year the highly acclaimed Indian domestic first-class cricket competition Ranji Trophy was played with great excitement. One could witness the enthusiastic participation of as many as 38 teams from all across the country representing the various state cricket associations. The highlights of the tournament were the most run-scorers, most wicket-takers, and of course the winning team that crossed several league matches to bag the coveted trophy.

Madhya Pradesh won their maiden win in this tournament by defeating Mumbai by 6 wickets and etched their name in cricketing history. The final was played at the Chinnaswamy stadium in Bangalore on 22nd June 2022. This was a special win as the Madhya Pradesh team defeated the 41-time winner Mumbai squad.

The year 2022 is of great significance as it marks the first tournament of the Ranji trophy held in the post-pandemic stage. All the teams played with great gusto and few players displayed outstanding performance in batting and bowling. In the overall matches, the highest and most wicket-takers of the Ranji trophy 2022 were as the following:

Shams Zakir Mulani is the highest wicket-taker in the 2022 Ranji Trophy with 45 wickets to his credit with a glorious performance. His style of bowling is slow left-arm orthodox. He is about 25 years of age. He debuted his Twenty 20 match for the Mumbai team in the year 2017-18 Zonal T20 league. In the year 2017-18, he made his debut in the List A for the Mumbai team for the Vijay Hazare trophy.  He is credited to have taken his first five-wicket haul in first-class cricket in the year 2019-20 Ranji Trophy. Mulani has played for the Delhi Capitals in the Indian Premier League (IPL) formerly and is currently playing for the Mumbai team. In the Ranji Trophy 2022, Mulani won the ‘Most wickets’ tag after his outstanding performance in the tournament.

Kumar Kartikeya has an equally bright record in the Ranji Trophy 2022 as the second-highest wicket-taker with 32 wickets to his credit.  He played for the Madhya Pradesh team in this year’s Ranji trophy tournament and is 24 years of age. His bowling style is slow left-arm orthodox, left-arm wrist spin. His best performance was a five-wicket figure in the 2022 Ranji Trophy vs Gujarat. In his early career break, he made his debut in List A match for Madhya Pradesh in the 2018-19 Vijay Hazare Trophy and his first-class debut for Madhya Pradesh in the 2018-19 Ranji Trophy. Kumar Karthikeya made his IPL debut in 2022 as part of the Mumbai Indians team. His role in the team is primarily as a bowler.

Shahbaz Nadeem of the Jharkhand team was the third-most wicket-taker at the Ranji Trophy 2022. He picked up 25 wickets in the overall matches. Aged 32 years he is an international cricketer whose bowling style is slow left-arm orthodox. He made his debut in a first-class match in December 2004. He also holds the record for the best numbers in List A cricket with 8 wickets for 10 against Rajasthan in 2018-19. Nadeem has also achieved the highest wicket-taker status in the Ranji Trophy 2015-16. He has been associated with the game for a long time and has played for Bihar Under-14 and India Under-19 matches.

Currently, he plays for the team Jharkhand and Lucknow Super-Giants in the 2022 IPL. He has also played for Delhi Capitals and Sunrisers Hyderabad in the former IPL sessions. In this year’s Ranji Trophy match against Nagaland, Nadeem, and a few other team members pulled off the fourth-highest team total in the tournament’s history with an 800 score.

The fourth-most wicket-taker in the 2022 Ranji Trophy is Gaurav Yadav of the Madhya Pradesh team. He picked up 23 wickets in the overall tournament.  Yadav is about 30 years of age and follows a right-arm medium style of bowling.  He played his first T20 match in the Assam team vs Madhya Pradesh and has since been playing for the latter team in all matches. Yadav’s best performance in the Ranji Trophy 2022 was the fifer, a five-wicket figure against the Meghalaya team on the opening day of the Elite Group A match. Gaurav Yadav has also played List A matches and First-class matches in his cricketing career.

Ranji Trophy 2022’s fifth-most wicket-taker is Satyajeet Sunil Bachhav from the Maharashtra team. He is 29 years of age and his bowling style is slow left-arm orthodox. His debut in the cricketing arena was in 2012. It was a first-class match as a member of the Tamil Nadu team. In 2017 he played for the Tripura team in the List A matches. Thereafter he played for the Maharashtra team. The highlight of the Ranji Trophy 2022 match performance was a seven-wicket score in the Elite Group G match. It was against the Assam team that faced a defeat by an innings.

India’s cricketing history has given rise to several legendary players. The tournaments such as the Ranji Trophy keep up the hopes of the budding cricketers.