The Fight For Undisputed Bantamweight Champion 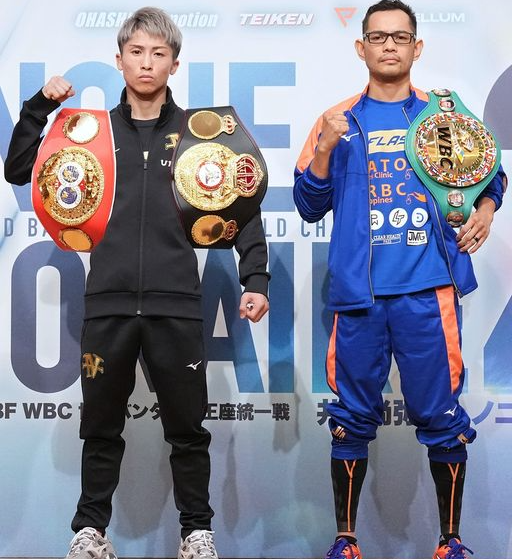 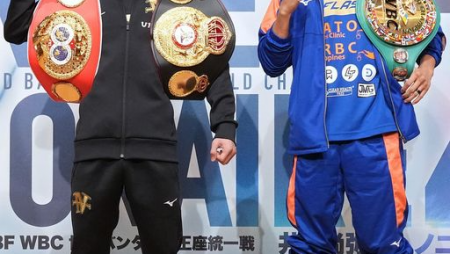 TALE OF THE TAPE

The Fight For Undisputed Bantamweight Champion

Filipino boxing enthusiasts are split in their predictions on the much-awaited rematch between Naoya Inoue of Japan and Nonito Donaire of the Philippines on June 7, 2022.

The Japanese “Monster” knockout specialist suffered from a cut above his eye and a fractured orbital bone but he eventually recovered, knocking down “The Filipino Flash” with a body shot in the 11th round.

At stake in Tuesday’s bantamweight unification bout at the Saitama Super Arena in Japan are Inoue’s WBA and IBF world titles and Donaire’s WBC belt.

Villamor said Donaire must capitalize on his reach advantage and he must not allow Inoue to dictate the fight.

Veteran sports columnist Al Mendoza, a former sports editor of the Philippine Daily Inquirer, also believes that Donaire can pull off a victory over his arch-rival.

However, current WBA Asia Super Featherweight Champion Charly Suarez, for his part, said both fighters have a 50-50 chance to emerge as undisputed champions as the bout can go either way.

But the Rio Olympian and former Asian Games silver medalist said Inoue can take advantage of his youth and speed. “Naa pa sa prime si Inoue. Knockout lang ang panalo ni Donaire. Pero lisod na kay abtik ug maayo si Inoue (Inoue is still in his prime. Donaire has to score a knockout victory. But that would be difficult because Inoue is quick and is a very good fighter),” he said.

Seasoned sportswriter Edwin Espejo of General Santos City, who had covered Manny Pacquiao fights abroad, said Donaire has a 30 percent chance to win, saying, “Inoue is stronger, younger, and more agile. He has already beaten Donaire. Donaire will have to be perfect to beat Inoue.”

“First, let’s consider the age Donaire is nearing 40, Inoue barely in his 30s. Donaire has a lot of boxing behind him and at the same time a lot of wear and tear. Getting off from the lessons of the first clash, He will expectedly go out strong and try to dispose of Donaire by the middle rounds. He can’t afford to get Donaire going early. He will go for a stoppage and not risk Donaire inflicting him harm. On the other hand, Donaire comes to the fight with the confidence that he almost got the better of Inoue. He will try to frustrate the monster using his experience. As much as I like to see The Flash win, boxing being a young man’s game, I am seeing Inoue taking home the three belts,” Bravo said.

During the pre-fight press conference, Donaire said that after his loss , he was already raring for a rematch.

“After the fight, there was this fire burning inside me, the motivation, the feeling that I was not at my best. I can beat him at my best. That was what was going inside of me going into the locker after the fight. I wouldn’t want this rematch if I didn’t think that I could win this fight. I am very confident,” Donaire said, adding that the fight is the biggest so far in his entire career. “The goal is to be undisputed.”

Meanwhile, Inoue said after two years and seven months since they last fought each other. He had three fights in between.

“These three belts make me even more motivated and excited,” Inoue bared.