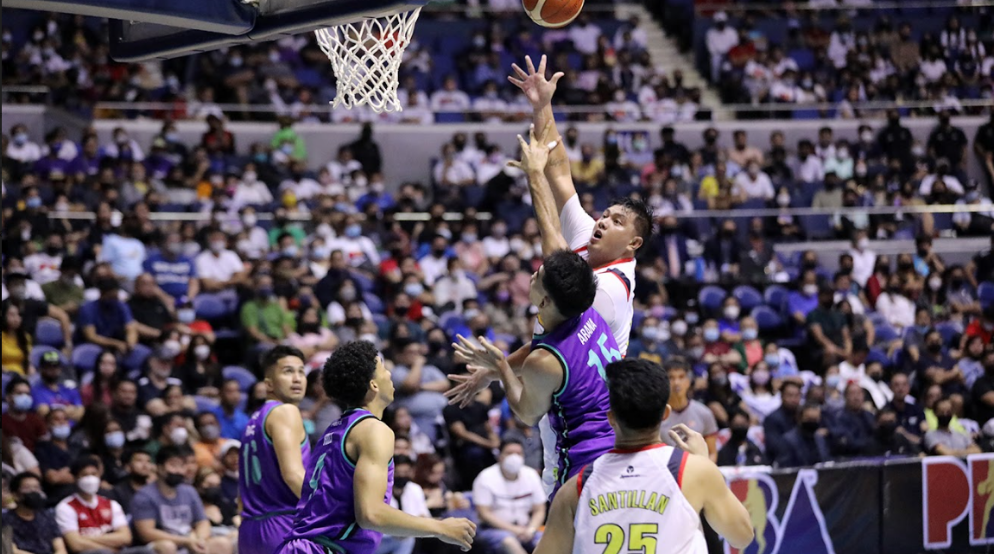 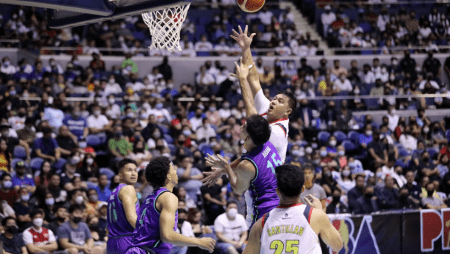 The TNT Tropang Giga and Rain or Shine Elasto Painters posted their first victories at the start of the PBA Season 47 at the Smart Araneta Coliseum on Sunday, June 5, 2022.

Jayson Castro canned 13 points in the fourth quarter to eke out a 78-72 win over Magnolia. He led a 13-2 attack in the final two minutes, and finished with 16 markers on top of six assists. His teammate Troy Rosario top billed for TNT, sinking 22 baskets, including five triples and grabbing 10 rebounds. The latter tested positive for COVID-19 after his stint in the 31st SEA Games in Hanoi, Vietnam, where the Gilas settled for the silver.

TNT Coach Chot Reyes said that they expected to struggle without Mikey and Kelly Williams.

“You could see we were bleeding for our points. It was very hard for us to score a basket. So it was a matter of grinding it out, hankering down on defense and displaying grit,” Reyes said, adding that they had to rely on defense.

And the Tropang Giga succeeded in the process as they limited the Hotshots to a lone field goal in the dying minutes.

Reyes said, “The only way we can win is to limit the production and scoring of the other team. Fortunately, that happened tonight.”

Rookie of the Year awardee and Mythical First Team member Mikey is still renegotiating his contract with the squad, while All-Defensive Team member Kelly is nursing a calf injury.

Sangalang paced the Hotshots with 18 points with 10 rebounds.

In the other game, the Elasto Painters leaned on their vast experience to outlast newbie Converge, 79-77 in a thrilling see-saw battle down the homestretch.

Leonard Santillan made 18 points and nine rebounds, while Beau Belga added 17 with four treys. Belga’s crucial triple allowed Rain or Shine to snatch a 78-77 lead barely 13.4 seconds left in the game. Santillan sealed the win with a charity basket in the final 2.3 seconds.

Elasto Painters Coach Chris Gavina praised his wards “really having that man-up mentality and living up to the responsibility, for coming up with a big first win for us.”

Jeron Teng had 23 points for Converge, formerly owned by Alaska. He also got 13 rebounds as  Alec Stockton buried 13 points for a new career-high.

Rookies Jeo Ambohot and Justin Arana also made their presence felt with a combined 13 points and 19 rebounds. But the FiberXers’ efforts were not enough to score an upset triumph over the more experienced Elasto Painters.

The double-header colorful opening was ushered in by a memorable 46th PBA Season Leo’s Annual Awards. Barangay Ginebra’s Scottie Thompson came out as the biggest winner with his Most Valuable Player (MVP) Award. Other special awards were also given away to deserving players of the country’s premier basketball league in the last season.

Benefits and Reasons to Invest in a Cricket Fantasy platform in 2022
5 months ago
draft11
© 2022 draft11.com | All Rights Reserved.