Types of batting in cricket 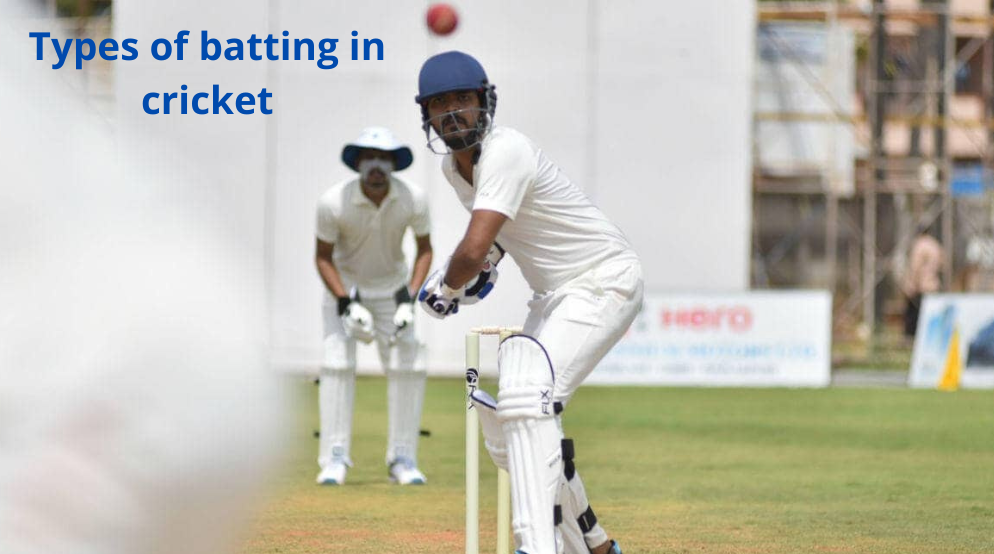 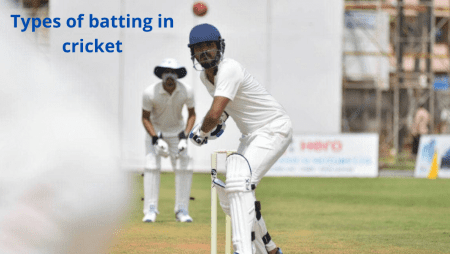 Wondered ever about how many types of batting in cricket. Modern cricket has completely changed our point of view about batting. Nowadays we see batsmen using different techniques to play shots. There are various shots we have seen after IPL got introduced. Virat Kohli is famous for his cover drives whereas AB de Villiers is famous for his 360-degree approach. All batsmen can play every shot invented so far but some batsmen are known for their shots like Rohit Sharma for the pull shot he plays, Kohli for his cover drives, etc. Before even facing the ball, a batsman takes his position which is known as the stance. Now playing a shot depends upon what kind of delivery the batsman is facing. He can either play a defensive shot like block or leave the ball else he can play an attacking shot like cut, pull, drive, etc.

The purpose of this article is to help you understand how many types of batting are there in cricket. No doubt batting is the most loveable aspect of cricket. People like to watch their favorite player bat. Batting plays a very important role in a team’s total. It doesn’t matter whether a team is chasing or posting a target on board. A good total boosts bowlers’ confidence which leads a team towards victory. Overall, the batting power of a team matters more than bowling. Now batting consists of a variety of shots a batsman plays in an innings to score runs for his team. With the help of this article, you will get insight into each, and every shot played by a batsman.

Now there are two main types of batting available in cricket that you may have encountered so far. The first one is very familiar orthodox and the second one which may seem creative or risky is unorthodox. Both are described as follows:

An orthodox type of batting consists of regular shots played by a batsman. Let’s discuss in detail the shots played by the batsmen. Each shot has its definition. Now there are many shots a batsman can play, and it all depends upon the delivery he is facing. You will always see two batters on the pitch one on the striker’s end and the second one at the non-striker’s end. This goes on and continues till the end of the innings. A batsman while playing shifts his position multiple times to play different types of shots. He can come to the front foot to play shots forwards or go back foot to play shots backward. The various shots are described as follows:

Sometimes just an edge is enough to take ball to boundary. Playing it carefully will give you runs otherwise it may cause a batsman his wicket.

An unorthodox type of batting is a non-regular batting style used by batsmen occasionally. Sometime in between a match, we see batsmen try to do switch-hitting, a scoop over the wicketkeeper’s head, etc. These types of shots are very risky to play because batsmen may lose their wicket but sometimes the bigger the risk is the bigger the reward. We have seen Sri Lankan batsman Tillakaratne Dilshan playing the scoop shot on various occasions. He mastered that shot and later this shot become very popular in cricket. People in the commentary box still use to pronounce it “Dilscoop” because it was invented by Dilshan.

Similarly, MS Dhoni invented the helicopter shot in cricket. It’s a kind of shot where a batsman swings his bat between his legs. It seems like a flick shot but is still named as a helicopter shot. This shot requires more wrist power and ball speed also matters. Now batsmen are using this shot to send yorker length delivery out of the ground. We have seen the batting of AB de Villiers who is a master of unorthodox batting. His batting style makes him unique. He is the only batsman who could hit sweep shots on pacers.

We have learned every aspect of batting in this article so far. Batting is keep evolving and IPL played a very crucial role in it. IPL is a platform where we see creative batting of batsmen. That’s the reason the demand for shorter format games is increasing. Likewise, IPL we have seen PSL (Pakistan Super League), CPL (Caribbean Premier League), TNPL (Tamil Nadu Premier League), etc. These short format leagues are making cricket interesting and